Do you want to return Home?

Project Sekai is a rhythm game developed by Colorful Palette, a subsidiary under Craft Egg, and published by Sega.
Within the game several groups are transported to SEKAI, a dimension that reflects their personalities, style, and facilitates growth. Vocaloids inhabit it and assist groups in finding their true feelings. Once these feelings are realized, a song will be born. 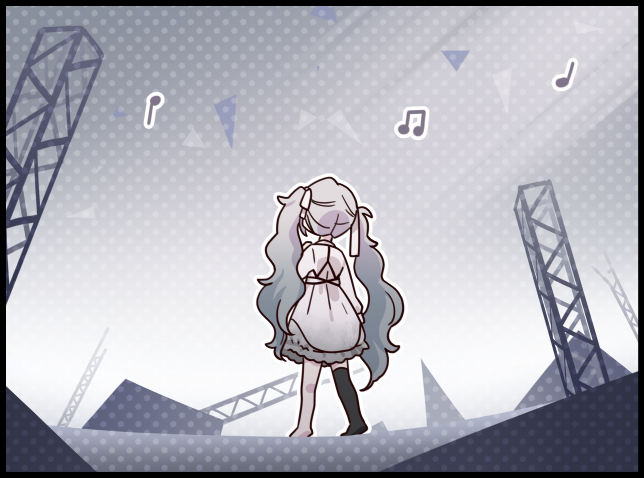 This is the Empty Sekai, born of Mafuyu Asahina's feelings and belonging to 25-ji, Nightcord de.
They work together to create songs on Nightcord, the equivalent of our world's Discord.

Their music and Sekai embody the meeting of emptiness and warmth.
Although the members struggle with their secrets, pasts, and fears, they continue to work and create together.
In time, Mafuyu's feelings are uncovered and their song, [Kuyamu to Kaite Mirai] is born.

I began playing rhythm games in 2015 with [Love Live: School Idol Festival] and [Cytus]. Over time I became skilled in Love Live, though not so much in Cytus. I began playing Project Sekai in January 2022, just after it came out on the English server.

I had tried a variety of rhythm games before playing Project Sekai. None of them quite clicked the way Love Live and Cytus did. For Love Live, I was invested in the anime and really enjoyed the music. For Cytus, I liked the format and the music. With other rhythm games I either didn't like the song selection or the rhythm gameplay enough to get invested. With Project Sekai, I like the music as a lot of it comes from existing tracks or producers. The gameplay feels smooth with well made maps. Most notably, and surprisingly, I've become incredbly invested in the story.

In high school my only real interactions with people my age came from Skype and later, Discord. When you have a bunch of mentally ill teens in a group chat, things get messy. I never had to talk anyone down but there were arguments, sometimes over serious things, sometimes over incredibly stupid things. 25ji captures the feeling of that age, of keeping things close to you because you don't think others will like the person you actually are. Of sticking together even though you may not get along well. Of 1 AM Discord calls, hence the name. They're a group with a story and concept I haven't seen before, one that I believe resonates with a lot of people around my age who struggle with mental health and connecting with others and have turned to the internet. It also represents the style of vocaloid song I like most. Some of my favorite producers have been covered by or comissioned for 25ji.

What songs do I want added?

All can be listened to in this playlist.